RaspberryPi, a $35 toy or the next disruptive technology and a possible building block for HPC?
This credit card sized board has a ARM11 processor and 512MB RAM. The board is powered via a micro USB connector. It has two built-in USB sockets, Ethernet and HDMI video. A schematic drawing of model B which I have can be found here. I installed Raspbian Linux, an optimized Debian version for Raspberry, on a 4GB SD card. A cool gadget for triggering thoughts about the future of computing. Enclosed below a few pictures I took, enjoy! 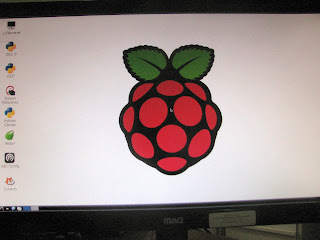 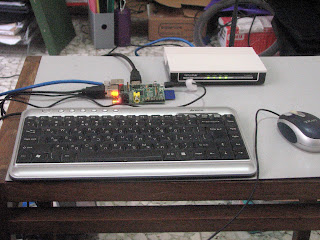 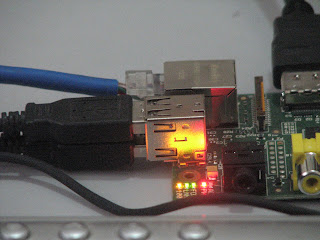 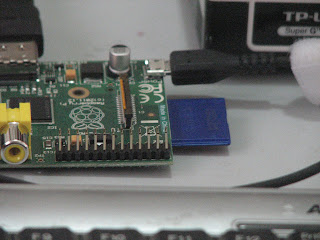 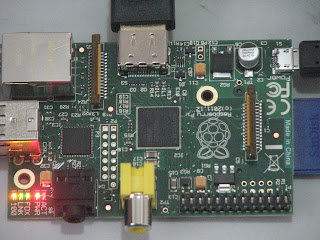 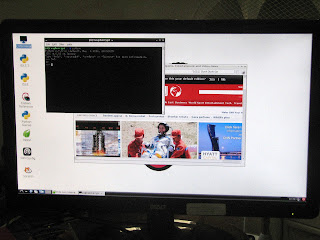 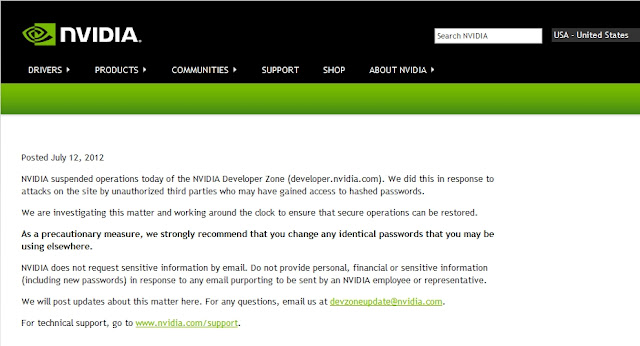 The Importance of High-Performance and High-Throughput Computing in Israel

The slides of my talk at the HPC Advisory Council Israel Supercomputing Conference 2012 that took place on February 7th, 2012 at Tel-Aviv university are available from here.

The Importance of High-Performance and High-Throughput Computing in Israel
Posted by Guy Tel-Zur at 10:27 PM No comments:

I tested the new HPC Europa Milestone 6 DVD and created a virtual cluster using VirtualBox on my laptop. I created a head-node and two computing nodes connected via a VLAN.  The head node has two network interfaces, NAT which enables the connection to the outside world and an internal virtual interface. The two computing nodes have only one network interface each for the VLAN.
In picture number 1 the VirtualBox dashboard is shown with the 3 running computers 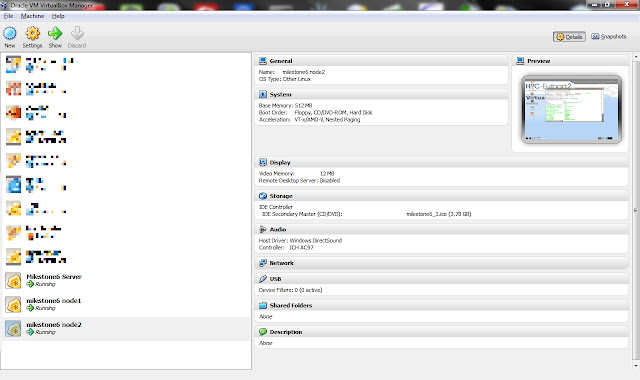 Picture number 1: The VirtualBox dashboard showing the 3 running computers of the virtual cluster 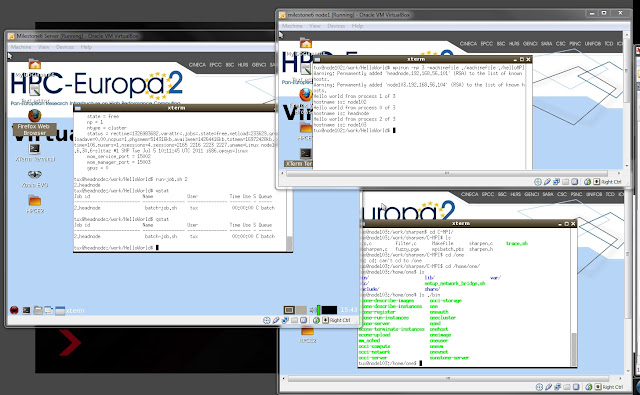 Picture number 2: The desktop of the head node (left) and the two computing nodes (right)

In picture number two a PBS job executing a simple MPI task is demonstrated. The head node is on the left and the two computing nodes are on the right.
My general impression is that this Virtual Cluster is an excellent tool for education where the teacher and later on the students can experience Parallel Processing using their own laptops fairly easily.